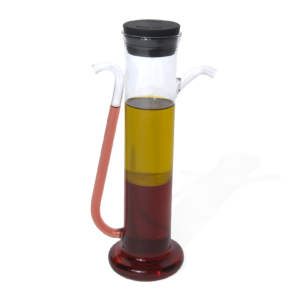 For everything there is a season – tea towel

For everything there is a season – a set of 12 tea towels by graphic designer Annelys de Vet. For everything there is a season is a series of traditional Dutch chequered tea towels, one for each month, like a calendar. The months of the year are marked with words illustrating cultural, historical or botanical characteristics of the twelve months in the Netherlands. Dutch narratives are woven between past and future…

Annelys de Vet is a graphic designer and initiator, based in Brussels. She heads the design-department of the Sandberg Instituut Amsterdam (Masters Rietveld Academy) – where she earned her MFA in 1999. Her work explores the role of design in relation to the public and political discourse.

She was the initiator and designer of the yearly ‘(Con)Temporary Museum Amsterdam’ (2006–2009) which covered the side program of the artfair Art Amsterdam. She was a lecturer and coordinator at the ‘Man & Communication’ department at the Design Academy Eindhoven (2002–2008). Since 2010 she co-organizes the media Masterclass [email protected] She regularly publishes about design in international publishing platforms. And currently she is working on a new design-label ‘Disarming design from Palestine’, a collection of useful products from Palestine that relate to its current reality.