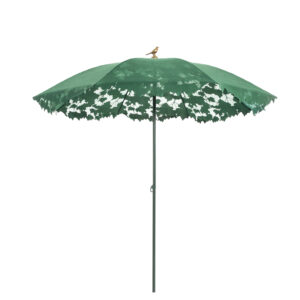 Simply clever, Twin stopper has asymmetrical ends to deal with varying gaps between doors and floors in a compact way. Whatever you are using now, this will certainly be more elegant, not to mention safer. Comes in a set of 2.

Sam Hecht is co-founder of the design office Industrial Facility, alongside his partner Kim Colin. They have developed production projects for companies ranging from Mattiazzi, Issey Miyake, Yamaha and Established & Sons. Hecht is probably best known for his work with Muji, in the role of Creative Advisor since 2002. Hecht also now plays the same role of Creative advisor with the Herman Miller Co. of America. Hecht’s belief is in the importance of design as a means of simplifying our lives in an inspirational way. The studio achieves this by following a rigorous path of investigation and analysis, and has been well documented, with over 40 international awards. His work forms part of the permanent collections of the MoMA, New York and Centre Pompidou, Paris amongst others, and was the subject of the exhibition ‘Industrial Facility: Some Recent Projects’, held at the Design Museum in 2008.

Amongst his teaching activities, he formed platform 12 at the Royal College of Art, examining forgotten objects. Hecht was appointed ‘Royal Designer for Industry’ in 2008, as well as being nominated for the Prince Phillip design prize. His studio was recently named one of the ten most progressive industrial designer offices in the world by Forbes magazine. In 2009 both Hecht and Colin were awarded Best British Designer.